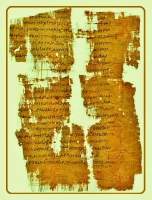 As previously mentioned, this book and website are all about discipleship and modern church leadership training; and that means preparing to defend the faith, a type of training provided far too infrequently.  This training will, in fact, evolve into full scale Paladin training, as holy warriors, as described in Ephesians 6.  The reason for the reference to warriors is that a war is going on.  If you were to search for the single biggest attack leveled by the enemy, you would discover that perhaps the most pervasive is the degrading of the Bible.  It makes sense that, if someone wanted to undermine Christianity, the best way to do so would be to attack the Bible, especially if it is Holy and if John 1 is correct that the Word was with God and the Word is God.  A true and living Bible is absolutely key to our ability to understand and teach the principles of our faith.  So, to use this site or any other biblical guide, you must first accept and prepare to defend the Word itself.  Whether through misinterpretation, general confusion, or propagation of doubts on truth and historicity; the enemy is hard at work through millions of atheists, well-meaning scholars, and ill-prepared Christians to degrade the trustworthiness of the single most important book ever written.  It would not be unusual to hear an educated professor, perhaps even in a seminary, talk about the “fact” that the bible is full of “errors”, but how this “fact need not hurt our faith”.  Just a couple years ago a highly regarded Christian Scholar said that “once you accept the flaws in the bible you can move on with your faith”.  As illogical as that statement is, we will take the high ground and not insult these people concerning their ignorance; but, for starters, the Bible is not full of errors.  Every single so-called error we have encountered has been disproven, and it would be great if all these so-called scholars would stop saying there are a lot of errors when there are not.  But even more importantly, if the Bible was full of errors and not trustworthy it would in fact be disqualified as our guide to the truth.  So, the majority opinion that the Bible is great, just error-filled, is ludicrous.  For us to have a solid foundation for our belief system we must have a trustworthy Bible.  Our challenge is still out to anyone who wants to provide proof of all these “errors”, so far none have held up in over a decade.

If we were forced to choose a most common misconception, we would probably land on the proposed lack of continuity.  Even the website “Early Christian Writings”, which is obviously a work of love and dedication to these writings by a significant scholar (Peter Kirby), dates Ephesians after Paul’s death and gives readers the feeling of discontinuity and un-truth (espousing completely untrue statements such as “Kummel provides three arguments that have persuaded most scholars to consider Ephesians to be deutero-Pauline” or crediting the ridiculousness of Mack Burton as if it was scholarship [Burton, L. Mack, Who Wrote the New Testament? : The Making of the Christian Myth (San Francisco, CA: HarperCollins, 1996)]).  We understand the philosophy of giving equal screen time to everyone, this is modern America, but to treat great theologians and atheist hacks (one of whom actually tries to explain their lack of specific area knowledge as a good thing which provides distance and clarity) as equally reliable is dramatically misleading and dangerous (www.earlychristianwritings.com).  So, one of our most significant websites, that is credited up front as being used by many bible students, is so full of errors that it is hard to even read.  In short, the enemy, including millions of unknowing Christians, wants us to believe that the Bible was a construct of men, that several generations after the death of the Apostles these stories were written down as third hand information and then among these random books some were chosen by a group of men sometime in the 4th or 5th century to form our error-filled canon.  This could not be further from the truth.  The truth is, there is no doubt and no discontinuity.  But to discover this requires deep and serious research.  Ephesians is the perfect test case as we have commentary dating to before the last Disciple is even dead.  The line of continuity is complete from Jesus to the modern day (with a couple unimportant medieval hiccups) and disproving the idea of discontinuity is as simple as knowing that Polycarp sat at the feet of John, and that Irenaeus sat at the feet of Polycarp and had an almost complete New Testament less than fifty years after John had passed.  As we sit here writing, this means a nearly complete New Testament is a close to John as we are to Elvis, and Jesus is as close as a modern Chef is to Escoffier, and that is very close.  We can provide a full list of connections and biblical scholars throughout time, but suffice to say that it is too vast to copy here.

Clement of Rome is the perfect key.  He is mentioned in the Bible (Phil 4:3) and we have writings from him extant today that were composed before the end of the 1st century, probably before John had passed away.  These are widely considered the first Christian writings outside of the Bible, come from within the scope of Apostolic times, and they still exist.  Read them yourself.  This is why Clement is considered the very first Church Father.  The Epistle to Corinth that he wrote is so full of biblical quotes and so close to the structures of Paul that he must have had, in hand, several gospels and many Pauline letters (in other words a proto-New Testament).  Not to mention his own notes, because we are certain he was trained by Peter and placed in succession in Rome.  When reading his letter, you can actually tell that he was trying to honor Paul and write a similar style letter that the Apostles would be proud of; you can feel his dedication to truth and honor.  He even asks his audience in Corinth to “take up the Epistle of the blessed Apostle Paul” (Chpt. 47) meaning these letters were already being saved and treasured and he knew they had a copy, perhaps the original, that they studied and read from.  He quotes several of the epistles, the beatitudes from the gospels, etc. and most astonishingly, there is no variation in his philosophy or theology.  He refers to the Holy Spirt and to many other matters of great import with no alteration at all from the Bible.  The hand of God and absolute historical accuracy is obvious.  Yes, of course we have many works missing.  The ravages of time and several centuries of relentless persecution saw the end of many great pieces that we wish we still had.  All the rest of Clement’s writings, or full copies of Ignatius, or Polycarp; the Hypotyposeis of Clement of Alexandria, anything from Heraclitus, Apollinarius, Didymus, Ambrosiaster, etc.  Yes, there is much lost to time, but how do we know those things did exist?  References in manuscripts we still have.  We have enough of Clement and Ignatius and Polycarp and close enough records of Irenaeus and Origen and Jerome to track the Bible from its first composition by its true authors.  So, we can trace the Word directly from Jesus to the modern day and there is no doubt or discontinuity in the New Testament.  Furthermore, if an enemy of the Word does try to discount the historicity of Jesus or some other odd attack, please be aware that there is more non-biblical, non-Christian evidence for Jesus than there is for Socrates or Shakespeare.  Of Socrates, the father of modern philosophy, we have no direct works and three to four secondary sources.  For Jesus we have six immediate non-Christian sources (Tacitus, Lucian, Josephus, Pliny the Younger, Celsus, and Seutonius) in addition to nine New Testament writers (Paul, John Mark, Matthew, Luke, John, James, Peter, Jude, and possibly the author of Hebrews), and over a dozen additional Christian Commentators within a century (including Ignatius, Polycarp, Clement, Irenaeus, Aristedes, Thallus, Phlegon, Talmud Rabbis, Justin Martyr, Hegesippus, and many later martyrs; a list worthy of its own book).  That is 27 sources just quickly listed, which is quite honestly more than we have for Julius Caesar or Alexander the Great, and they were worldwide rulers.  So, take comfort in your battles and do not fear the “fiery arrows of the enemy” (Ephesians 6:16); in the words of Paul, “be strong in the Lord and in the power of His Might” (Ephesians 6:10); the dozens of websites and books claiming that there is no historical proof of Jesus are simply ridiculous and uninformed.  The hundreds of attacks on the Bible’s continuity and trustworthiness can likewise be summarily dismissed.  The chart above, a general summary of the relevant information and Church Fathers, should make those connections and overlaps even more obvious and clear.

Just to repeat in very clear and summary terms for everyone to share worldwide.  Polycarp and Ignatius were born when the Apostles who walked with Jesus still lived and taught.  They were adults at the end of the first Century and trained under the same John who wrote the fourth Gospel and Revelation as well as three biblical epistles; the “Disciple Jesus Loved”.  Polycarp became Bishop of Smyrna, placed in that office by the Apostle John and was martyred by being burned and stabbed.  Ignatius was Bishop of Antioch, home of the first Christian church outside of Jeruslaem where we were first called “Christians”; he was placed in that position by the Apostle Peter, and he was martyred by being torn apart by wild beasts.  Both wrote letters of which we have surviving pieces, both are cross-referenced by other scholars and writers, and both are solid undisputed historical figures.  Both knew many biblical leaders including John, Peter, Paul, and others.  When combined with Clement, we have the first three Church Fathers and all of them knew multiple biblical figures and have writings that have survived until today.  The very next generation after these three Fathers contains Ireneaus, who was from Smyrna and trained directly under Polycarp.  He ended up as a bishop in Gaul and wrote extensively, quoting from at least 21 of the New Testmaent books (a minimum of 80% of the current Bible) and was eventually bishop and martyred in Lyons.  We have much of his work and those around him and immediately after him.  There is no relevant historical scientific support for anything other than a complete secure direct lineage and absolute continuity.  There are many un-informed writings opposing this proven historical truth, but we know the source of this dissention, as Paul explains in Ephesians.  Strengthen your discipleship and be prepared for such attacks.

The Holy Bible is what it says, and it contains no errors; only men can err.

The Bible has historical continuity from the original authors and existed in nearly complete modern form less than 100 years after the disciples.  All attempts to undermine the strength and reliability of the Bible are attacks from our enemy through unwitting humans.

Do Not Fear and Do Not Falter in Your Defense of the Word.